Flight between small cities, Fredericton to Sydney via Halifax 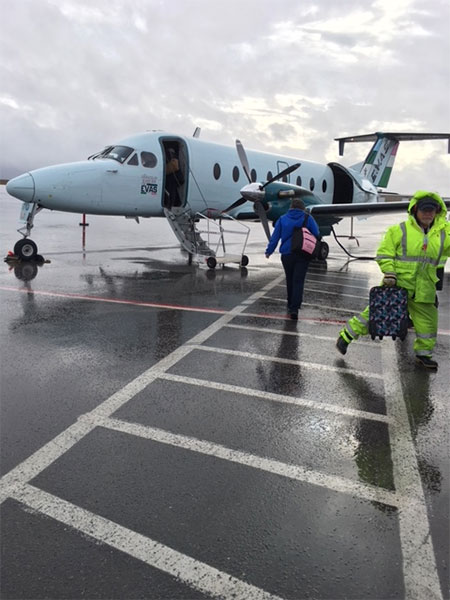 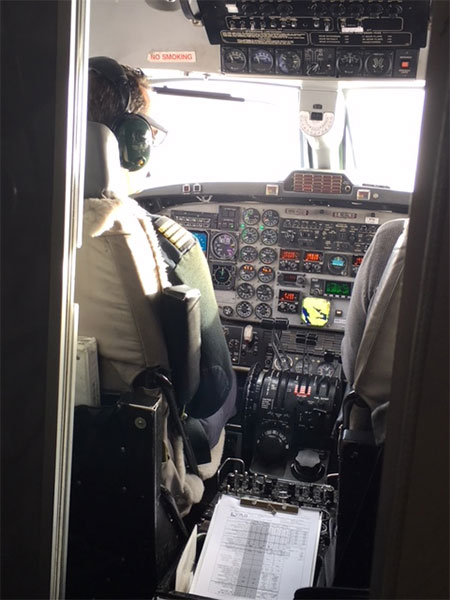 Arrival at Sydney airport. Beautiful scenery, but no time to visit. 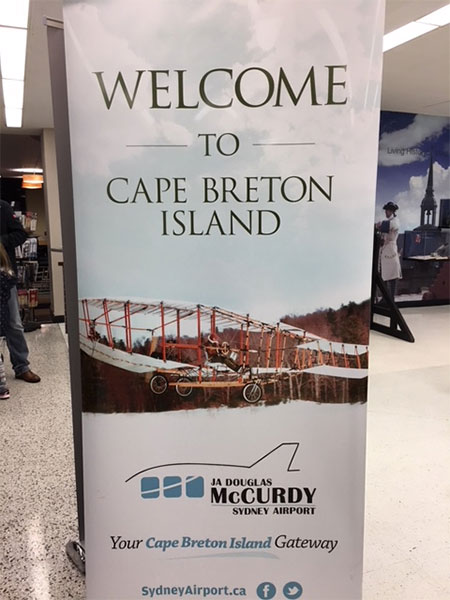 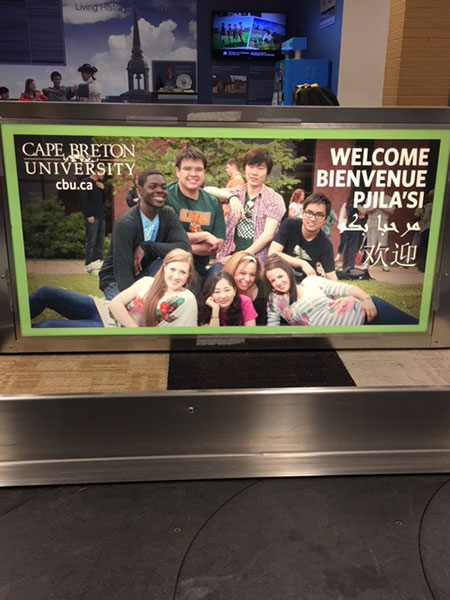 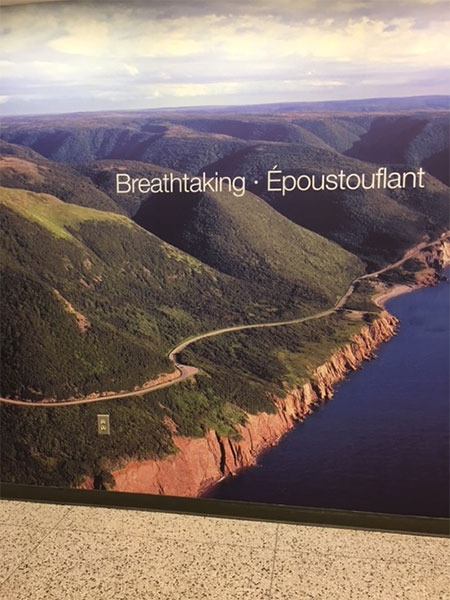 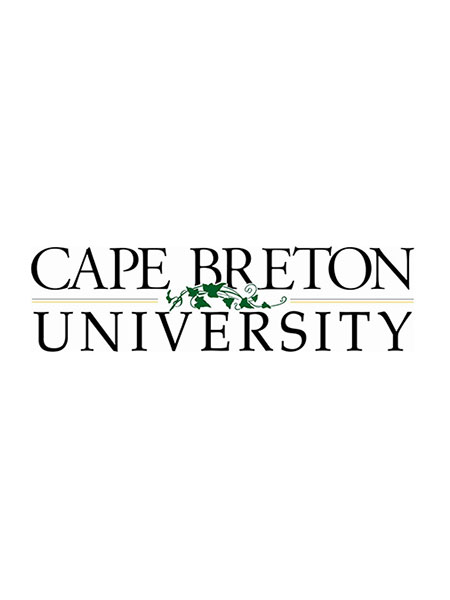 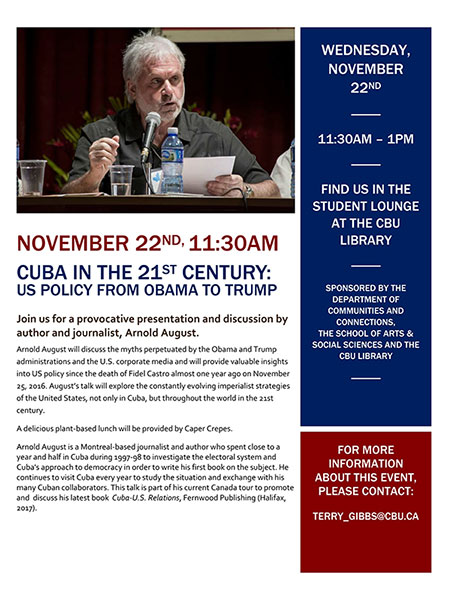 In Sydney, before leaving for the University, finalizing the article requisitioned by teleSur to commemorate the first anniversary of the passing of Fidel Castro, November 25. The piece, entitled ONE YEAR LATER: FIDEL’S THINKING ON CUBA–U.S. RELATIONS IS STILL THE PRINCIPAL GUIDE, was reprinted in its original English and Spanish-language versions in many web sites in Cuba, Canada, United States, Latin America and Europe. 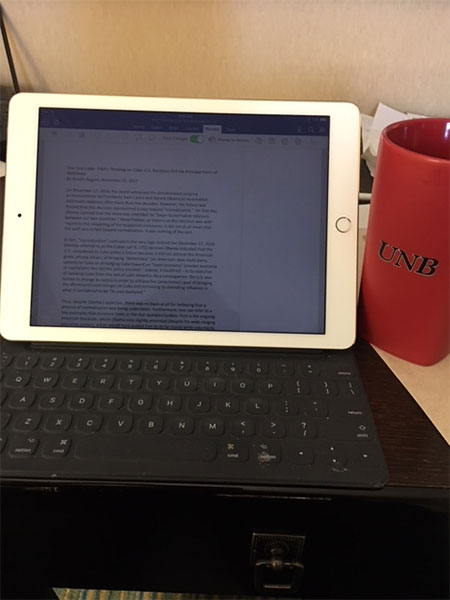 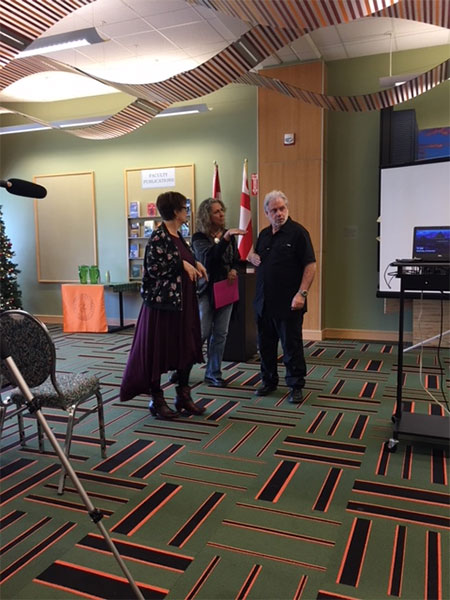 (from left to right) Cape Breton University Library co-sponsor representative and Professor Terry Gibbs of the co-sponsoring Department of Communications and Connections. 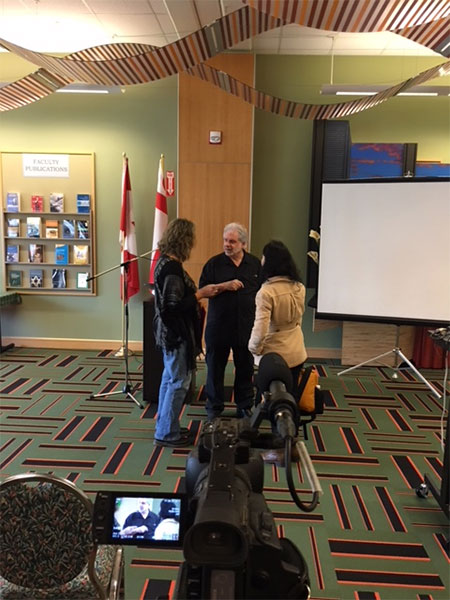 Professor Terry Gibbs introducing the author, the presentation followed by a Q & A period and book signing. 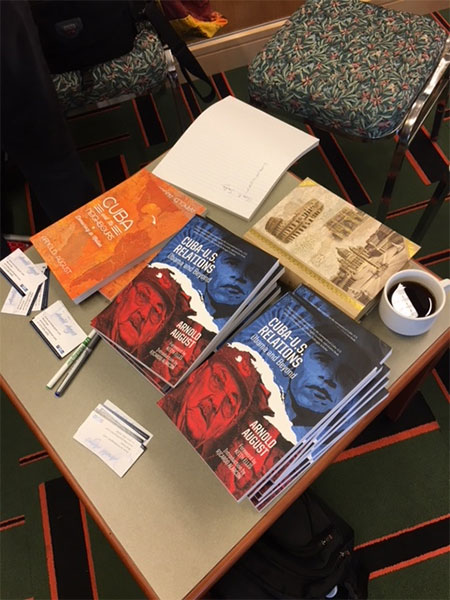 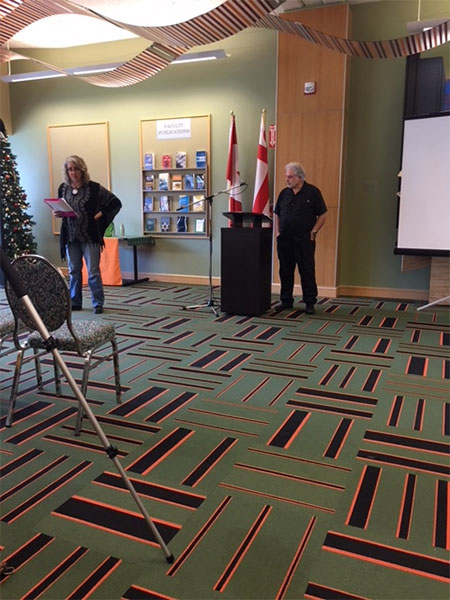 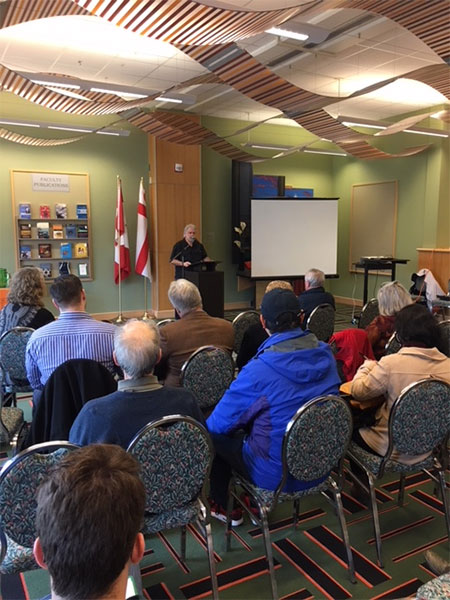 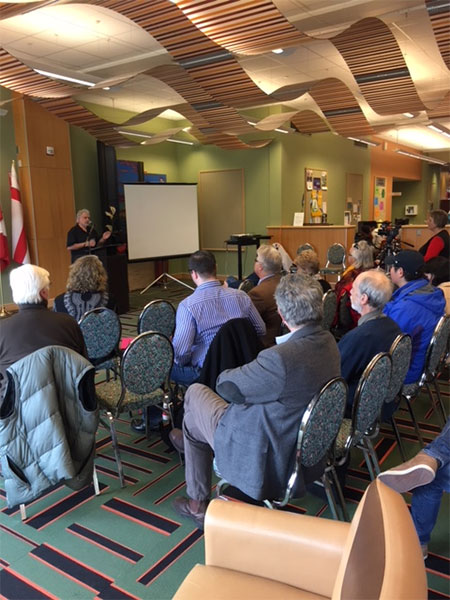 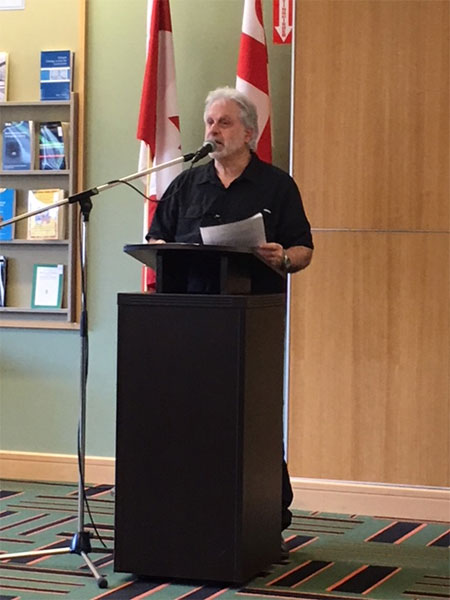 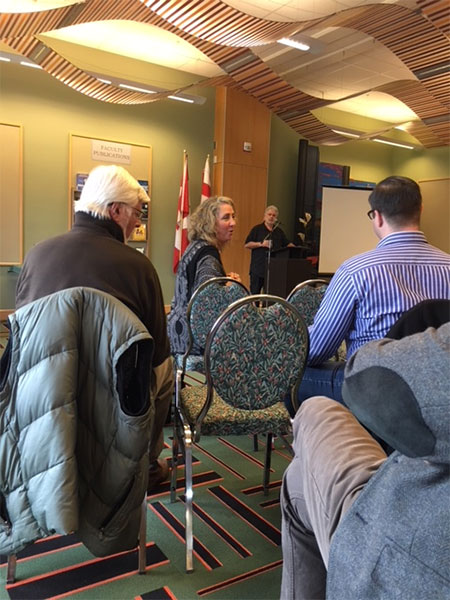 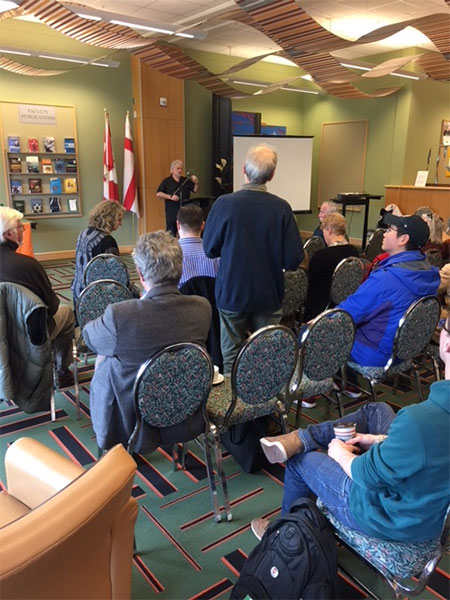 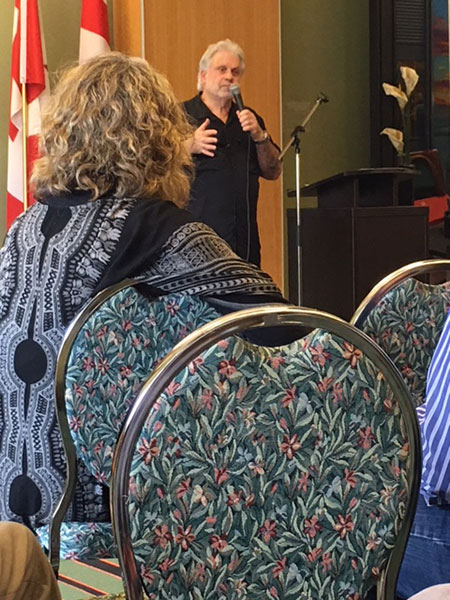 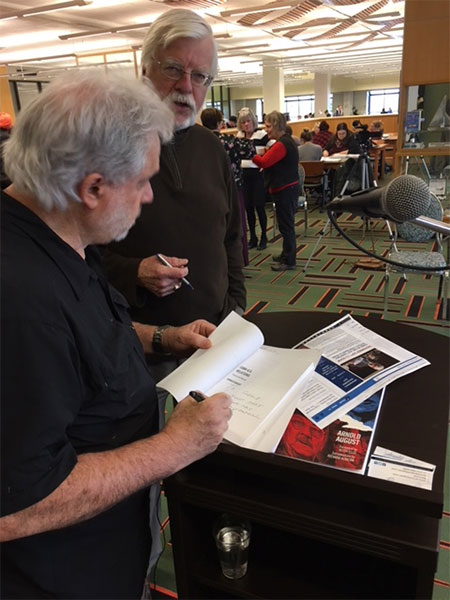 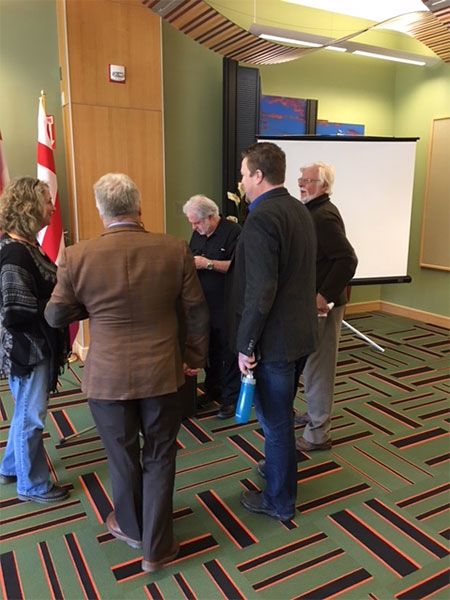 The book was requisitioned by the CBU Library.