“Unease at the University of Montreal.
A pro-Putin professor defends the Russian invasion"

While Michael J. Carley advocates for the end of “fascism” and the denazification of Ukraine, he nevertheless has “freedom of speech,” Université de Montréal’s administrators say. 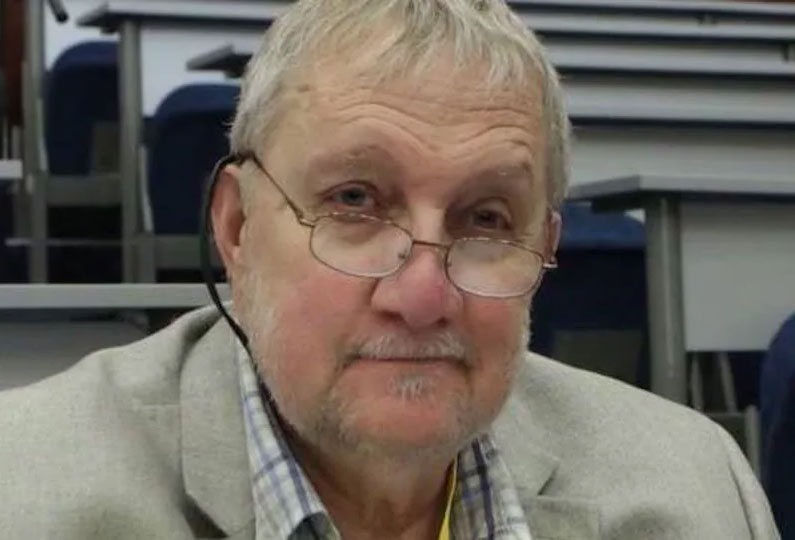 Michael J. Carley is a professor in the History Department at Université de Montréal.

Russian troops are fighting “the Fascists” in Ukraine. “The evacuation of civilians” is being blocked by “Azov’s troops, the Fascists.” “The horror of fascism in Ukraine is becoming more and more obvious.” “The Donbas and Mariupol are being cleansed of Ukrainian Nazis.”

These messages were posted on Twitter in recent days by Michael J. Carley, a professor in the History Department at Université de Montréal (UdeM).

Very active on social media, the teacher, who headed the History Department in the past and is specialized in relations between Russia and western countries, has not hidden his pro-Kremlin position since the start of the Russian invasion.

He has also claimed that Odessa, a port city on the Black Sea, is a Russian city, as Russian strikes have begun in this region. In his opinion, the West is showing proof of “stunning hypocrisy.”

Michael J. Carley, who was born in the United States, does not hesitate to share messages from official Russian organizations that conjure up the presence of Nazis in Ukraine, or of persons who sing the praises of Vladimir Putin. The latter is the president that everyone wants, so reads one of the messages.

He has also relayed false information questioning the Russian bombing of a hospital in Mariupol and posted, on Facebook, a photo showing the letter Z, a symbol of support for the Russian army.

“Russia is winning the war against the Fascists in Ukraine.”

Contacted by Radio-Canada, the teacher did not want to answer our questions. In a tweet on March 16, he acknowledged refusing interviews because [his] opinion would not be valued.

In recent years, Michael J. Carley has posted dozens of times on the website of the Strategic Culture Foundation, which presents itself as an analysis and research platform. According to a report by the U.S. State Department, dated August 2020, this online newsletter is managed by Russian information services and is very close to the Kremlin.

According to the report from this U.S. inquiry, the website participates in disinformation and Russian propaganda.

Great unease at the university

There is great unease within Université de Montréal’s teaching community. The university’s administrators were advised of this by several teachers but have not issued a warning to the professor.

Geneviève O’Meara, spokesperson for the university, stated that “Mr. Carley enjoys freedom of speech, like any other citizen.” She clarified that Michael J. Carley is still employed by UdeM [but that he] is not teaching this term.

“He can express his opinions on social media, even when they are at odds with the opinions of other experts on the subject.”

But this history professor’s statements do not sit well with many of his students. His name has been removed from the list of researchers who are members of Université de Montréal’s Centre d’études et de recherches internationales (CÉRIUM).

In a prudent statement, Frédéric Mérand, director of CÉRIUM, confirmed the unease – even the anger – of the teaching staff.

“We are for academic freedom, but we do not support historical revisionism.”

“Up to what point can one say things that are false?” he wonders, while admitting that he is not in favour of censorship.

“Academic freedom should not protect you when you say false things. We allow Mr. Carley to teach, to talk about Russia. I’m not saying that he should be fired, but the administration needs to make a decision. Even if it doesn’t want to. All we are told is that ‘it’s delicate.’ It’s a huge problem, and it distresses me,” confides one teacher.

Like other professors at Université de Montréal who agreed to speak to Radio-Canada, she asked to remain anonymous out of fear of professional reprisals.

“As a history professor, he brings dishonour to the profession and the university by abandoning critical thinking and our discipline’s standards of intellectual rigour to propagate disinformation.”

– A teacher at Université de Montréal

“Of course, he can say what he wants to and is free to make a fool of himself in public by supporting President Putin’s delusions,” says a teacher.

And from another: “We need space for dissenting voices, but this is a far cry from the job of a historian. He transmits pro-Putin and anti-Ukraine information. We’re concerned.”

“He uses his professional hat, his status, to convey his private opinions. We’re very uncomfortable with that, but we can’t do much about it,” admits a colleague.

In response, Michael J. Carley invites those university teachers who are ill at ease to contact him.
“Let these people write me,” he simply said.